Art became her escape when a family member struggled with addiction. That put her on a journey of spreading seasonal joy throughout town.

You will find window murals painted by Heather throughout Ocean City at Jilly's Arcade, Avalon Flooring and Impala Island Inn. 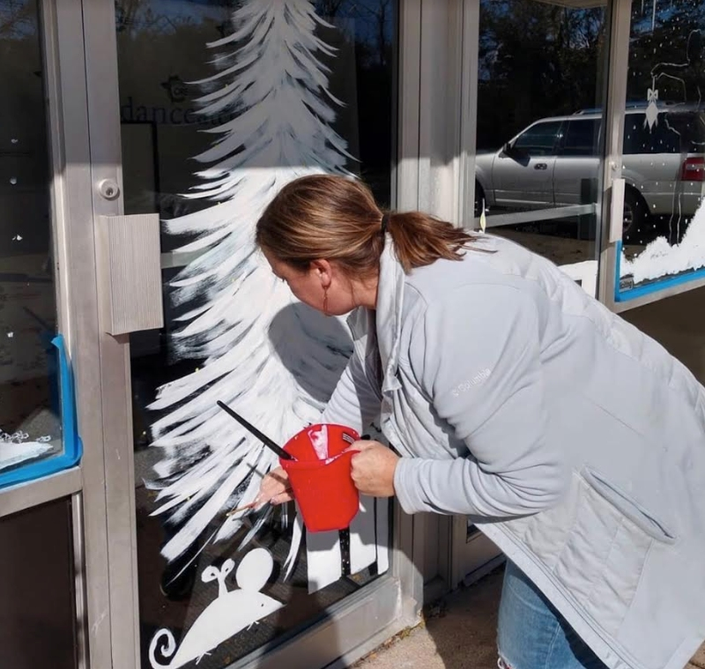 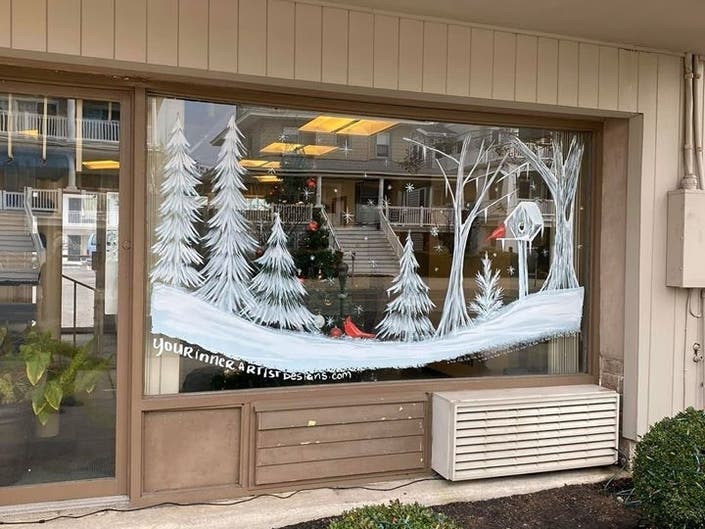 OCEAN CITY, NJ — Artist Heather Henry filled the windows of several Ocean City businesses with seasonal joy. The winter scenes painted on the windows add decoration to the holiday season, and they also serve a purpose.

The window paintings signify that each business remains open through the winter. Passersby can find them on JiLLy's Arcade, Avalon Flooring and Impala Island Inn.

"It's a great idea if you're a year-round business in a shore town," Henry told Patch. "It shows if you're driving through, 'Hey, this is open.' It's a great marketing tool."

Henry associates Ocean City with fondness. She was born at Shore Medical Center — then called Shore Memorial Hospital — in Somers Point. Then she grew up in Egg Harbor Township's Scullville section. Even when she moved to Burlington County, she continued vacationing in Ocean City every summer.

But before Henry adorned Ocean City businesses, her artistic journey began in a dark place. A few years ago, Henry went through a tough time as she learned a family member struggled with drug addiction.

The she got invited to a paint party, where everyone got to paint on canvasses. Henry describes her creation as "mediocre at best," but that didn't matter.

"For the two hours I was there, I kind of forgot what was going on in my life," Henry said. "And it was just two hours where I had a break."

Henry went home and told her husband she needed to get art supplies. He felt confused because she never painted before. But she began her painting endeavors that moment in November 2016 and never stopped.

When she woke up crying in the middle of the night, she painted. When she had a hard time during the day, she painted. 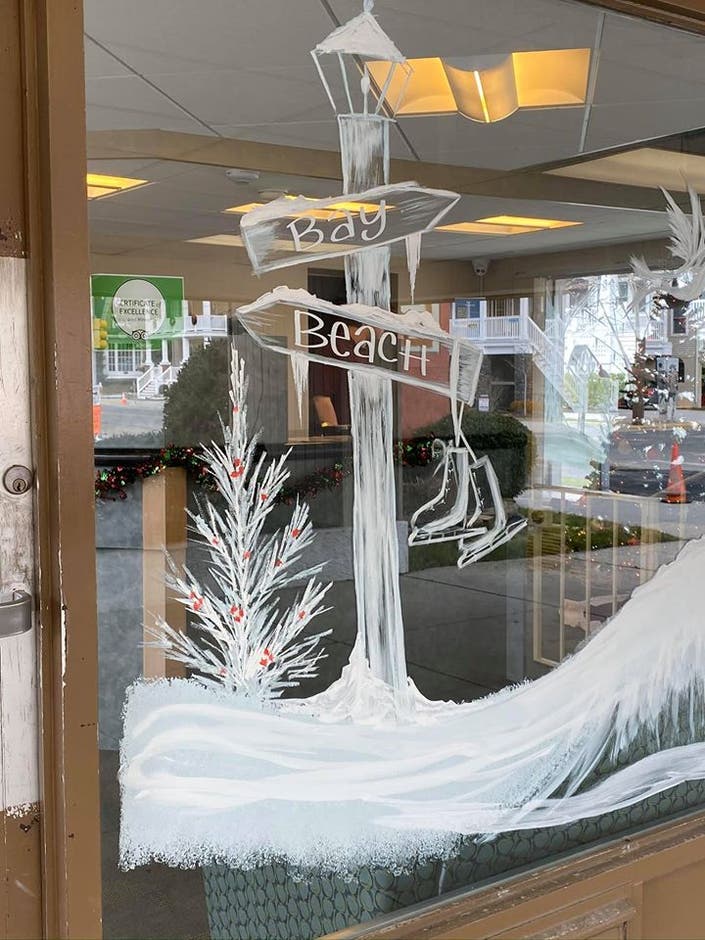 Henry sold her artwork for the first time in January 2017. She can't explain how it took her almost no time to teach herself how to create professional-quality art.

At the time, the Medford resident worked in finance and billing at the Deborah Heart and Lung Center in Browns Mills. Henry took a risk and quit her job to pursue art full-time.

Henry founded Your Inner Artist Designs, where she focuses on helping beginners discover their artistic capabilities. A year later, she got a call from a drug rehab — Victory Bay Recovery Center in Laurel Springs — to teach a painting class there.

She found that art provided a similar escape for people recovering from addiction. No matter what they're enduring, art can give them something of which they can be proud.

Chick-fil-A reached out to Henry about painting the windows of the Egg Harbor Township restaurant. She still felt new to art. She had painted walls and murals, but the only windows she ever painted were at her home. But she tried it, and it worked. 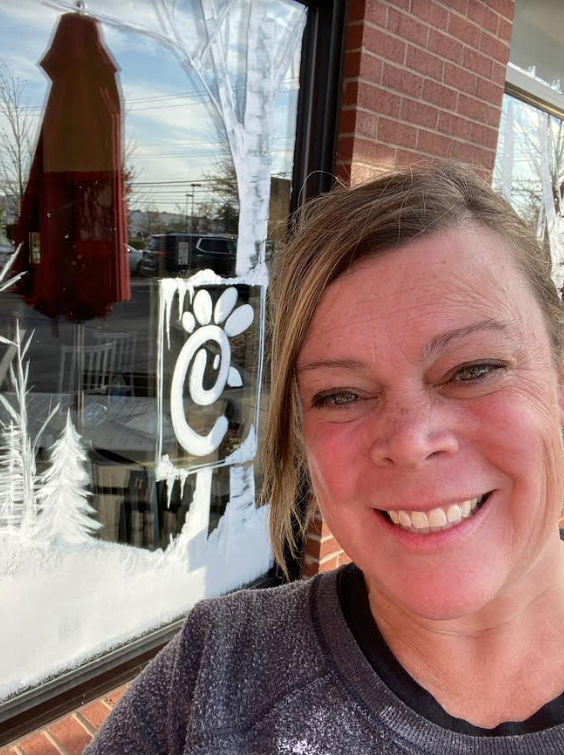 Henry put her work on an Ocean City Facebook page. To her surprise, three local businesses wanted her paintings on their windows.

She never plans out her designs. Henry simply asks clients for the size of their window, and they show her the storefront. Then the artist figures out her design on the spot, and if she messes up, she can wipe it off and start over.

Henry's journey taught her that it's never too late to start. She teaches several people in the rehab who are her age or older. But the experience gives her students a way to cope, and shows they're capable of creating something magnificent.

"They're not wonderful in the beginning," Henry said. "Nobody is great at anything when they first try it. I don't think they're trying it because they want to be great at it. They're trying because it feels so good to do something that they're accomplishing and that their brain is actually stopping the worry for a little bit."

Click here to get Patch email notifications on this or other local news articles or get Patch breaking news alerts sent right to your phone with our app. Download here. Follow Ocean City Patch on Facebook. Have a news tip? Email josh.bakan@patch.com.

Painting a Chickfila and meeting an angel.